For over sixty years, Liberty Hall Historic Site was home to many enslaved people whose work made the Brown family’s elegant lifestyle possible. Margaretta Brown wrote in 1804 that she and John did not own slaves. But some records indicate that they may have 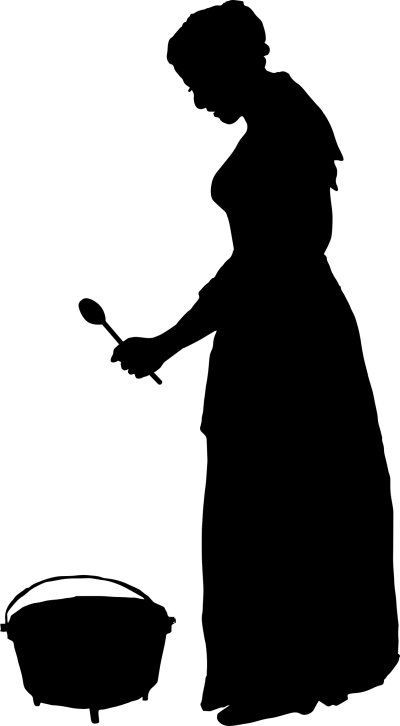 borrowed or rented workers enslaved by others.

1806 tax records show two black men among John’s property, and the 1810 census listed nine slaves in Senator Brown’s household. By 1830, the number of enslaved people had increased to thirteen.

References in Brown family letters provide glimpses of the daily lives of the enslaved but often omit surnames. One that is known is Stepney, in part because John filed deeds of manumission for eight members of this family. Miles Stepney, born in North Carolina or Virginia around 1770, was first mentioned in the letters in 1811. His wife Hannah’s name first appeared in an 1819 letter, but between 1808 and 1826, she gave birth to at least eight children: Rose, Joseph, Selim, George, Mary, James, Mourning, and Edwin.

Other enslaved people mentioned in John’s and Margaretta’s letters include Henry, Franky, Harriet, and two women named Fanny. They cooked, did household chores, and labored in the garden, stable, and laundry. At least two Stepney sons--worked away from home—Joseph in another Frankfort household and Selim on a steamboat—and Henry was sent to Alabama with Orlando. Mary Stepney and one of the women name Fanny accompanied Margaretta on trips to the northeast.

When John’s sons Mason and Orlando became adults, they too became slaveholders. In 1833—two years before his home was built—Orlando was taxed for seven slaves. Mason was taxed for one. After their parents’ deaths in 1837 and 1838, both sons continued to add slaves to their households. Like many Kentuckians, Mason and Orlando supported the Union during the Civil war but continued to hold people in bondage.

Other enslaved people mentioned in family letters include Ashtin, Emma, Jim, Judy, Julia, Lewis, Malinda, Rachel, Rose, Sampson, Sarah, Simon, and Westin. With continued research, we hope to learn more about them and others enslaved by the Brown family.

Please check our blog for more information about the Stepney family.

“We have no slaves ourselves, but hire all our servants; and have found great advantage of being esteemed the friends of emancipation,” wrote Margaretta Brown in 1804. Two years later, John paid tax on two men. Margaretta continued to decry “the monster slavery” but confessed to her son that she and John owned “as many slaves as were necessary for our personal accommodation.”

Margaretta’s letters suggest that she knew slavery was wrong; John’s letters are less direct. An account book of Margaretta’s expenses shows donations to the American Colonization Society in 1828 and 1829, but her motivations are unknown.

Brown family records document that they provided clothing and medical care for the people they enslaved. But they also separated at least three Stepney children from their mother for personal and financial reasons. A letter from Orlando suggests that John considered selling some of his slaves to pay college costs, although there is no evidence that John did so.

In 1834 John chaired a committee of ten that prepared a pamphlet supporting gradual emancipation. The resulting Address to the Presbyterians of Kentucky Proposing a Plan for the Instruction and Emancipation of their Slaves condemned slavery and recommended that owners provide an elementary education for the people they enslaved and file deeds for their emancipation at age twenty-five.

Although John did not write the pamphlet, he heeded its advice. In 1836, he filed deeds of manumission for four of the people he had enslaved--Miles and Hannah Stepney and their oldest children Rose and Joseph—along with deeds that directed for the manumission of four other Stepney children on their twenty-fifth birthdays. The last scheduled manumission was in 1851, suggesting that John was considering his own children’s futures as much as those of his slaves.

Little evidence has been found about Mason Brown’s attitudes toward slavery, but his actions illustrate a proslavery stance. The Slave Inhabitants listing in 1860 census shows that he enslaved twenty-two people. Orlando Brown was more frank about his support of slavery and as far as is known, most of the people he enslaved were not emancipated until the passage of the 13th Amendment. One documented exception was Alexander Sanders, who escaped bondage by enlisting in the Union Army at Camp Nelson.

Liberty Hall Historic Site was instrumental in organizing a symposium for tour guides, docents, and interpreters called “Interpreting Slavery at Kentucky Historic Sites.” Held in August 2007, the conference featured the late Dr. Anne Butler, Kentucky State University; the late Dr. Blaine Hudson, University of Louisville; and Pen Bogert, independent Kentucky scholar. The keynote speaker was Larry Earl, Colonial Williamsburg Foundation. The speakers addressed the issue of omitting the story of the enslaved African Americans who worked on the properties that are now historic sites and museums. They offered resources and guidance in how to tell the story of slavery in Kentucky.
Watch Here: https://youtu.be/ViY5MnggNmo