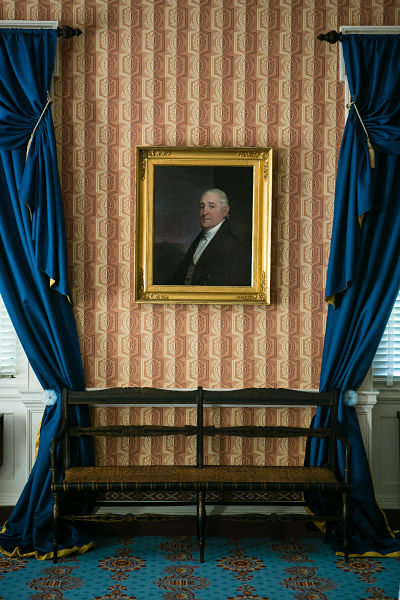 John Brown built Liberty Hall, beginning in 1796. The home was not complete until 1804.  Brown married Margaretta Mason in 1799 in New York City. Soon after their marriage, they had their first son, Mason in 1799. In 1801, the family moved to Kentucky and into Liberty Hall. In 1801, their second son Orlando was born.

Mason Brown inherited Liberty Hall after the death of his mother in 1838. He lived there with his second wife Mary Yoder Brown and their children. A second home on the 4-acre property was built for Orlando Brown in 1835. Brown and his wife Mary Watts and their family lived there. It is known as the Orlando Brown House.

A family tree of the Brown family featuring 10 generations of antecedents and descendents of Senator John Brown is available online at My Heritage Brown Family Tree.  Not all the Brown family members will be mentioned in the Liberty Hall family and Orlando Brown family essays, so please refer to the online family tree for a full listing.